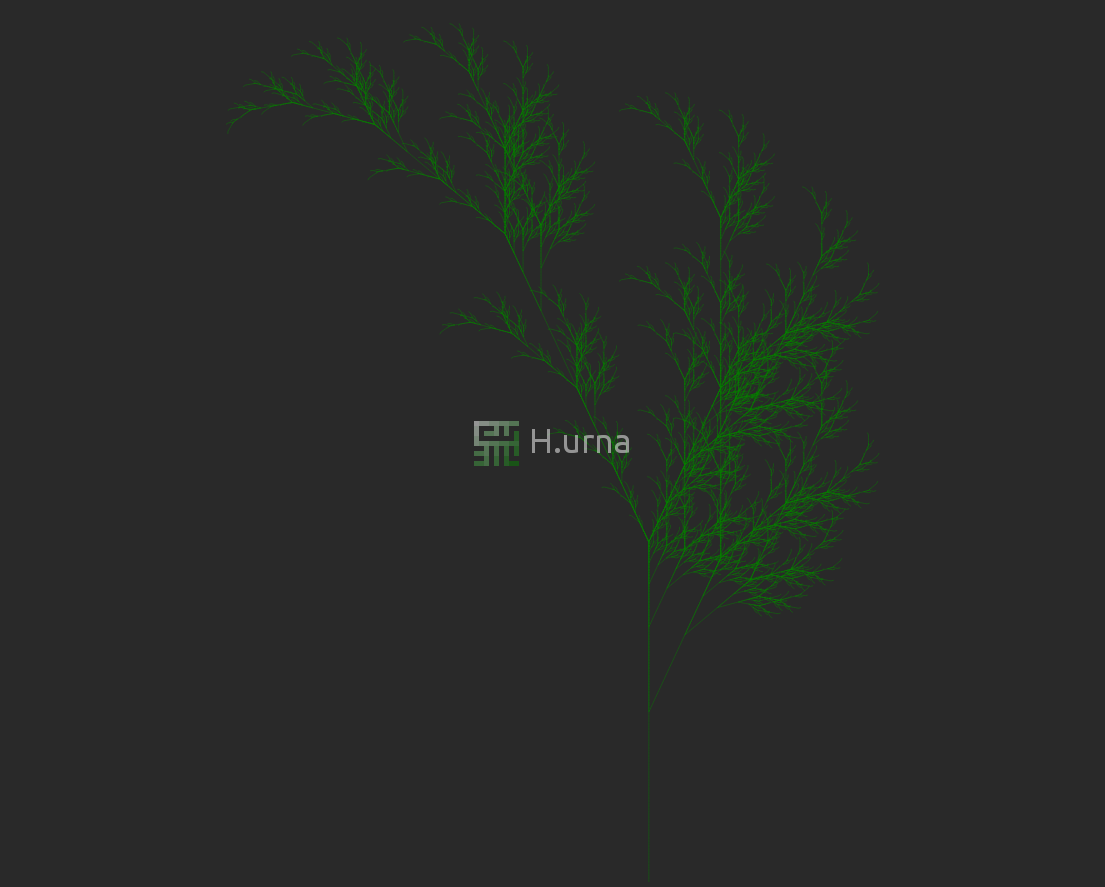 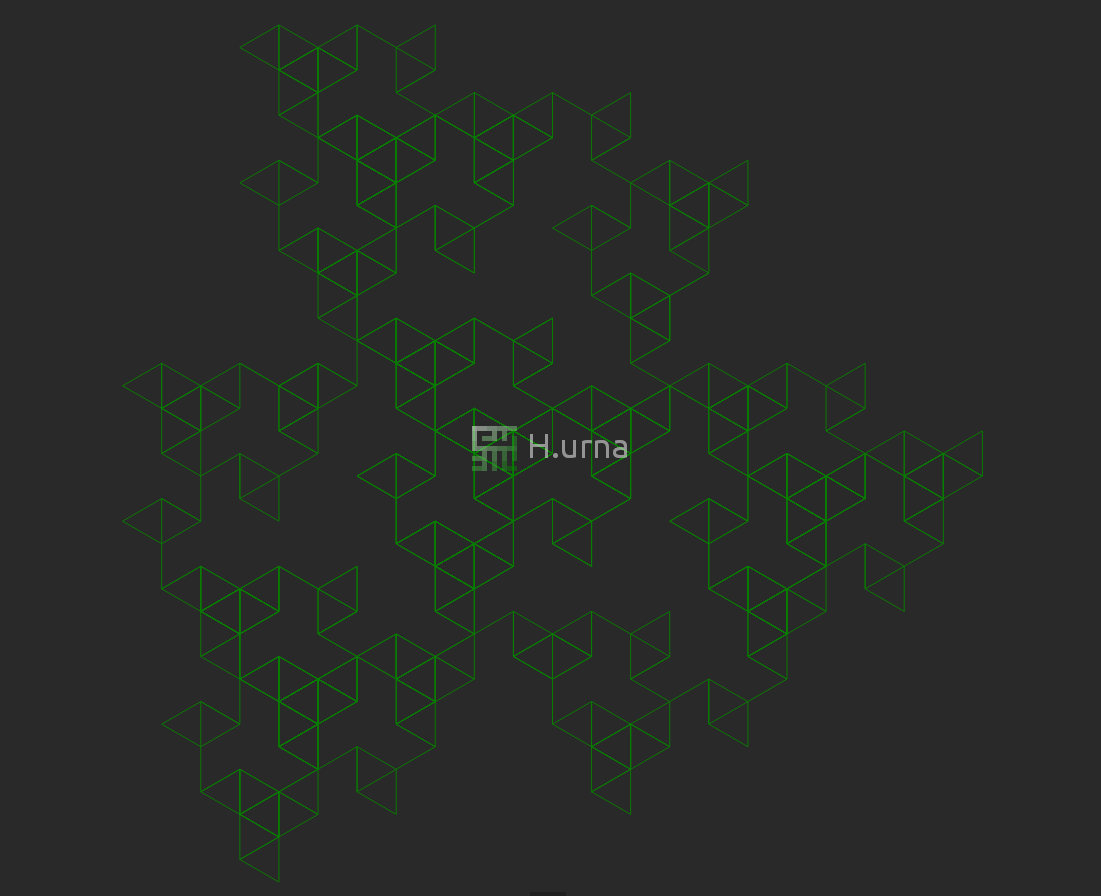 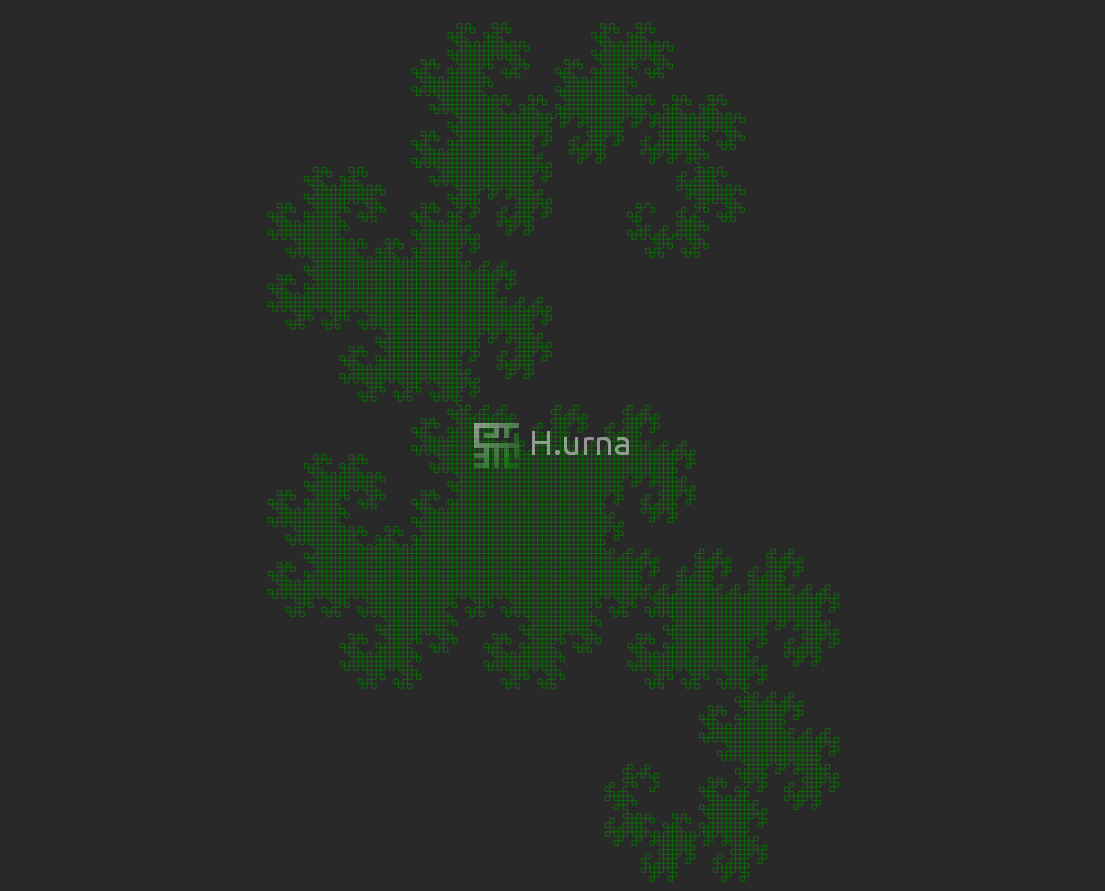 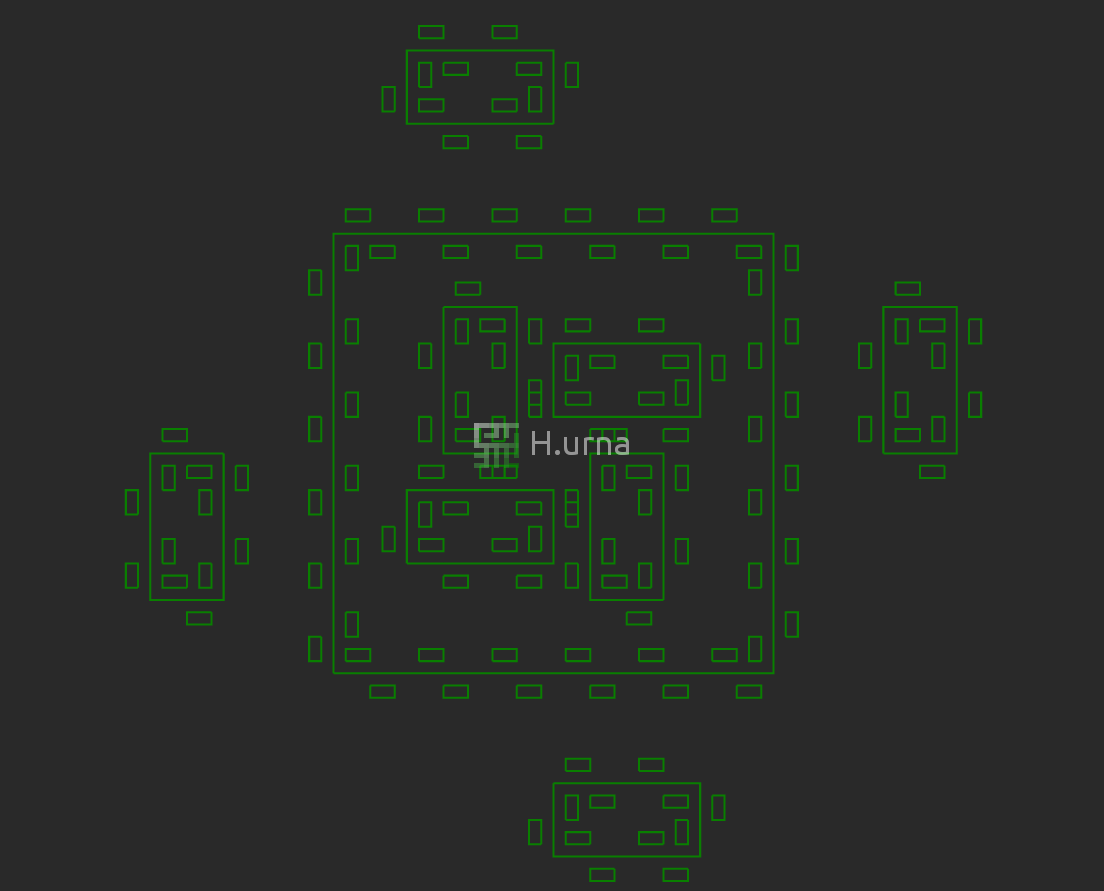 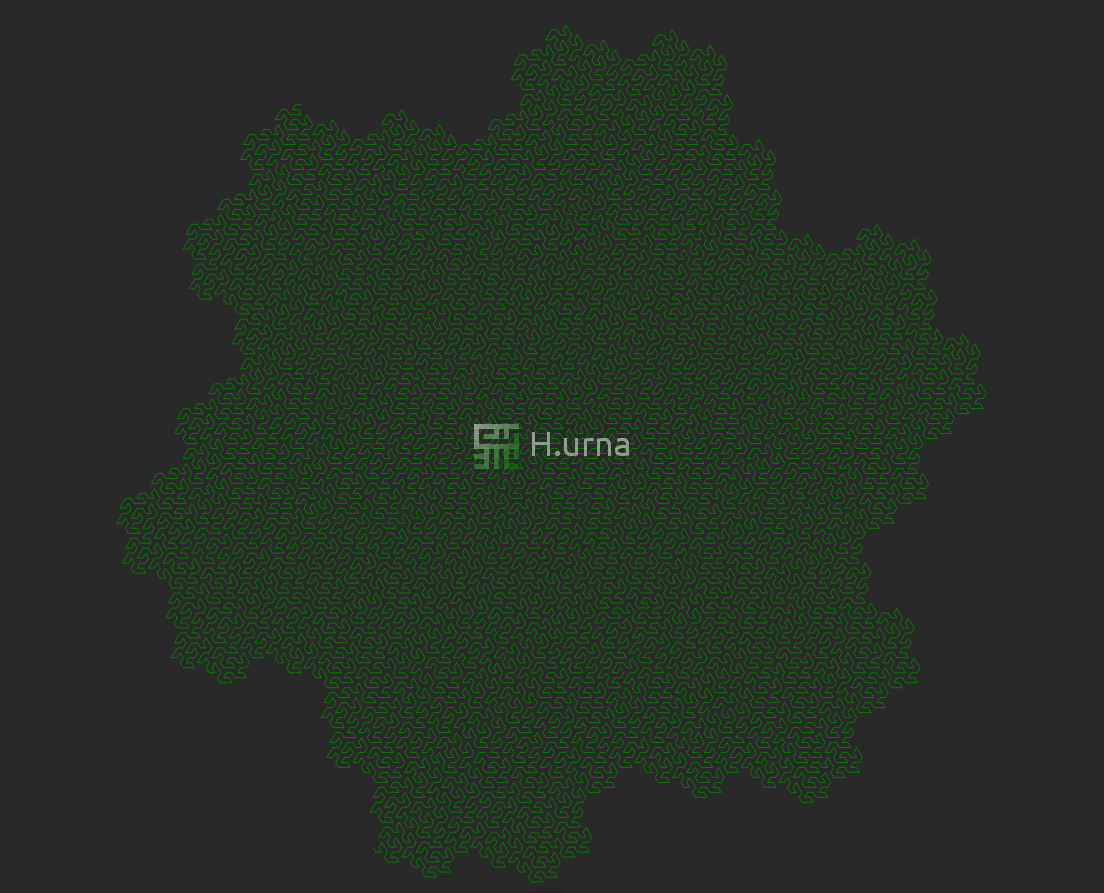 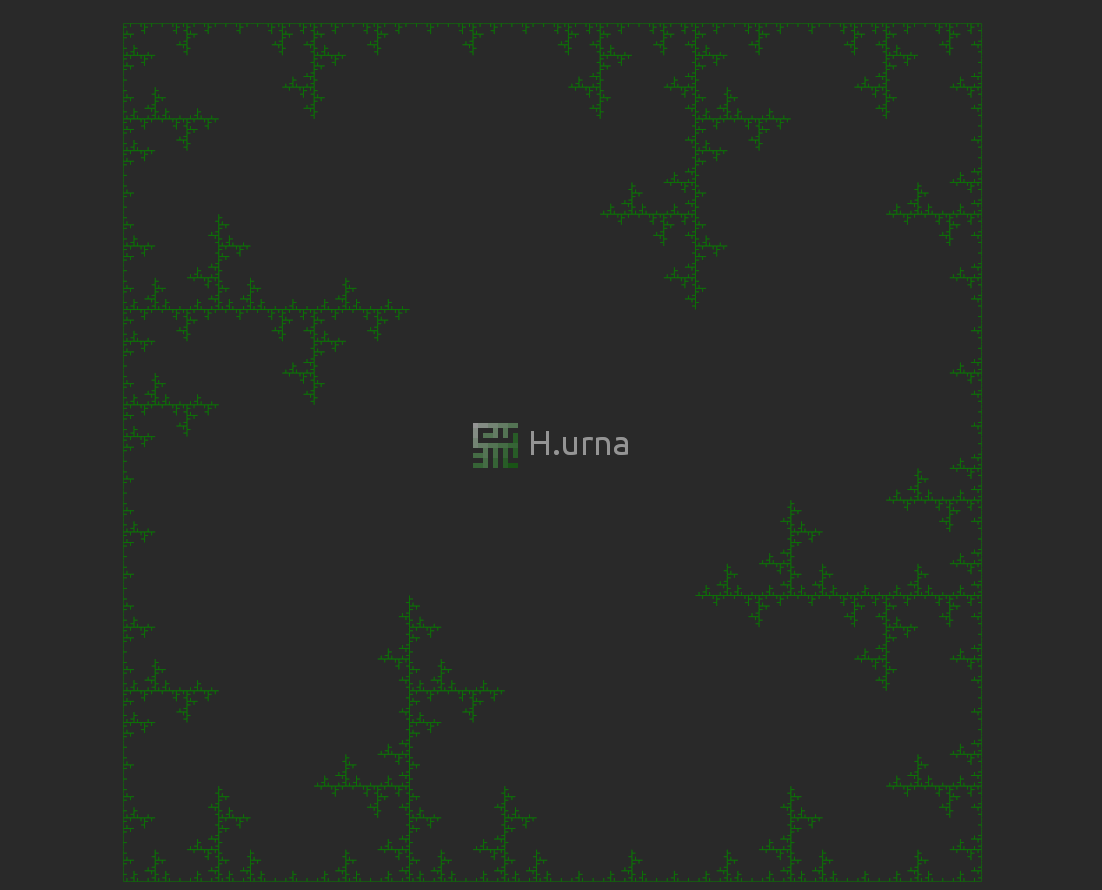 In 1968, the Hungarian botanist Aristid Lindenmayer developed a grammar-based system to model and simulate the growth patterns of plants. Originally the L-Systems (short term for Lindenmayer systems) were devised to provide a formal description of the development of simple multicellular organisms while illustrating the neighborhood relationships between plant cells. Later on, this system was extended to describe higher plants and complex branching structures.

The realistic modeling of plant growth is of very high value to biology, physics and also for computer graphics (e.g. video games are using and still working on it to improve plants/forests rendering).

We will see how it works and use them to generate all kind of recursive fractal patterns. They are incredibly exciting as they provide a mechanism for keeping track of fractal structures that require complex and multi-faceted production rules.

Let us quickly see the composition of the L-Systems, it involves four main components:

We have now everything to build a simple example; we will now study the Lindenmayer’s original system for modeling the growth of an algae.

The system starts with “A” which is the axiom (iteration 0) and has two productions, one for A and one for B; have a look at the first five iterations:

For the first iteration we merely apply the first rule for A. In the second iteration we have to apply the rules for A and B, etc. etc. The derivations grow exponentially as a single letter often gets replaced by two or more letters in each iteration.

The recursive nature of the L-system rules leads to self-similarity and thereby fractal-like forms. Now, let us see how those strings become descriptions of curves!

Recursive L-systems, like the one described above, often produce intricate patterns that are self-similar across multiple scales.

These patterns are almost impossible for a human to perceive directly from long strings of symbols. As with many types of data, a graphical representation may expose them.

The most typical graphical way of representing L-Systems is based on Turtle Interpretation (working as LOGO programming, an ancient [1967] kid friendly way of teaching computer science with a Turtle), that draw by means of commanding a turtle in a Cartesian plane.

Imagine a turtle sitting on your computer screen to which you could issue a set of commands: move forward, turn left, turn right, draw a line, etc.

Now, we can associate each symbol to one command; the following dictionary is commonly used with L-Systems:

We will interpret the string F - F - F - F with a turning angle of 90◦ and starting facing north. While you can already imagine the final drawing, here is the Turtle making it: 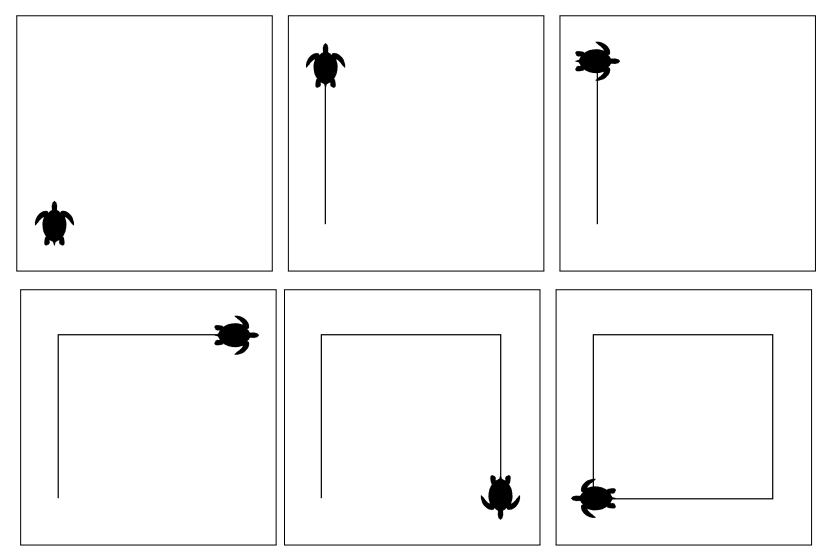 ! It is time to produce a fractal !

We will create a Koch Triangle fractal (described above) step by step. 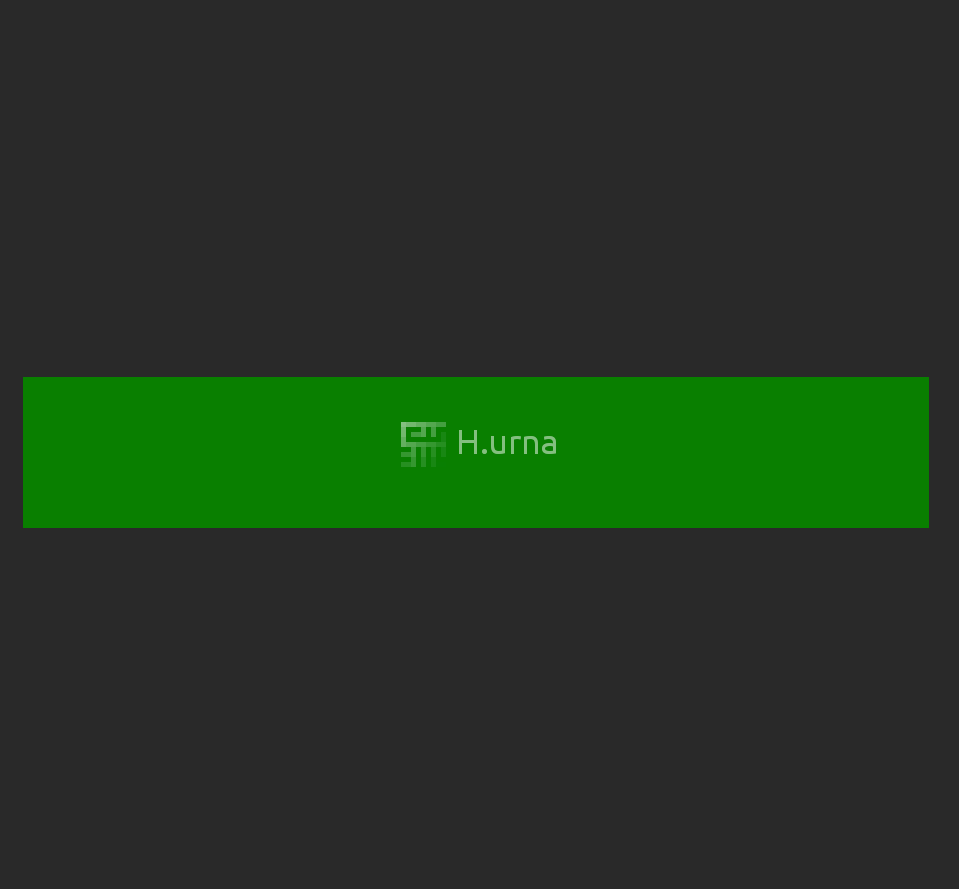 1. The first iteration is the axiom 'F': - Draw forward 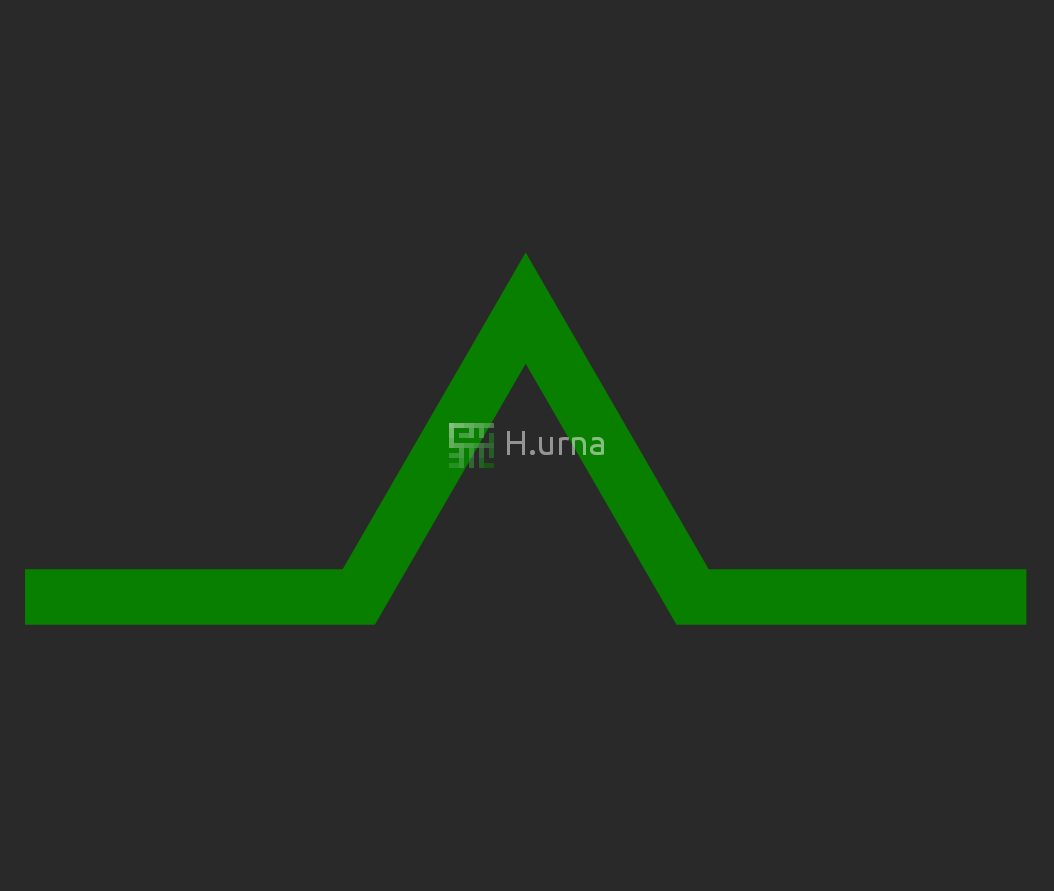 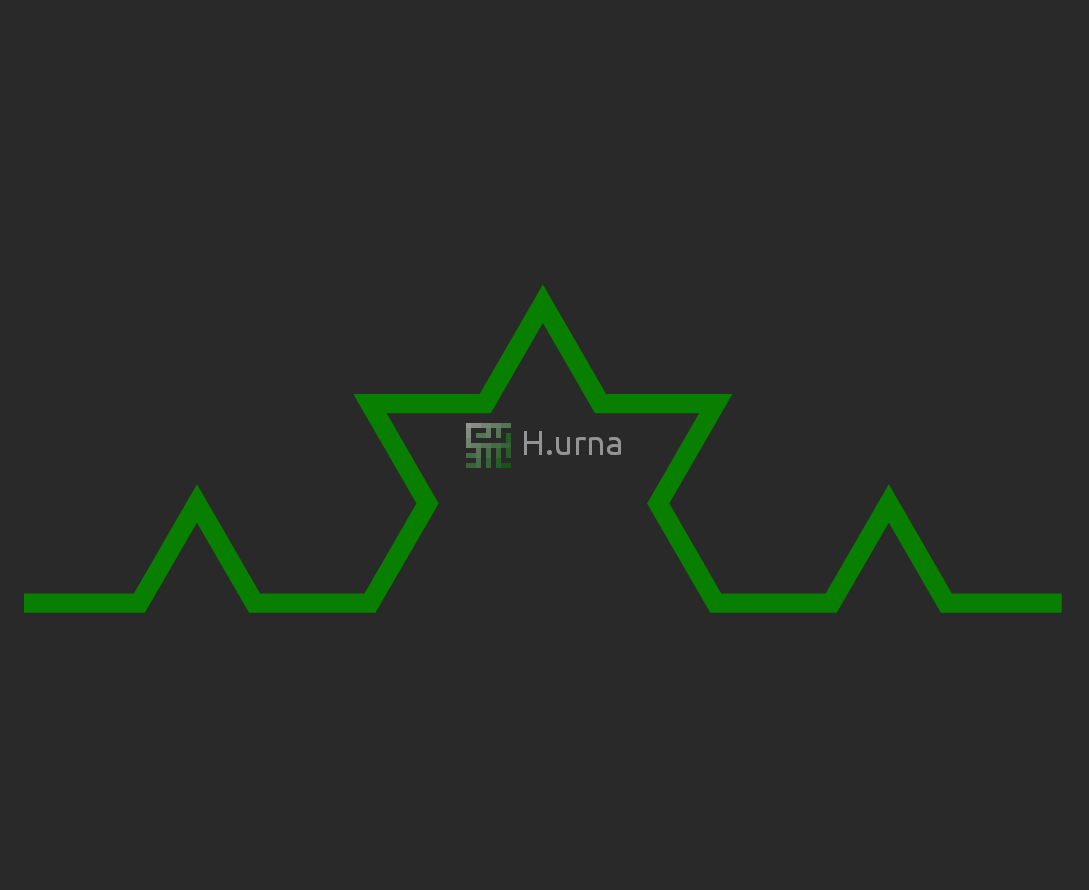 3. Once again: on each segment the rule is applied. The same motif is repeated at a smaller scale. 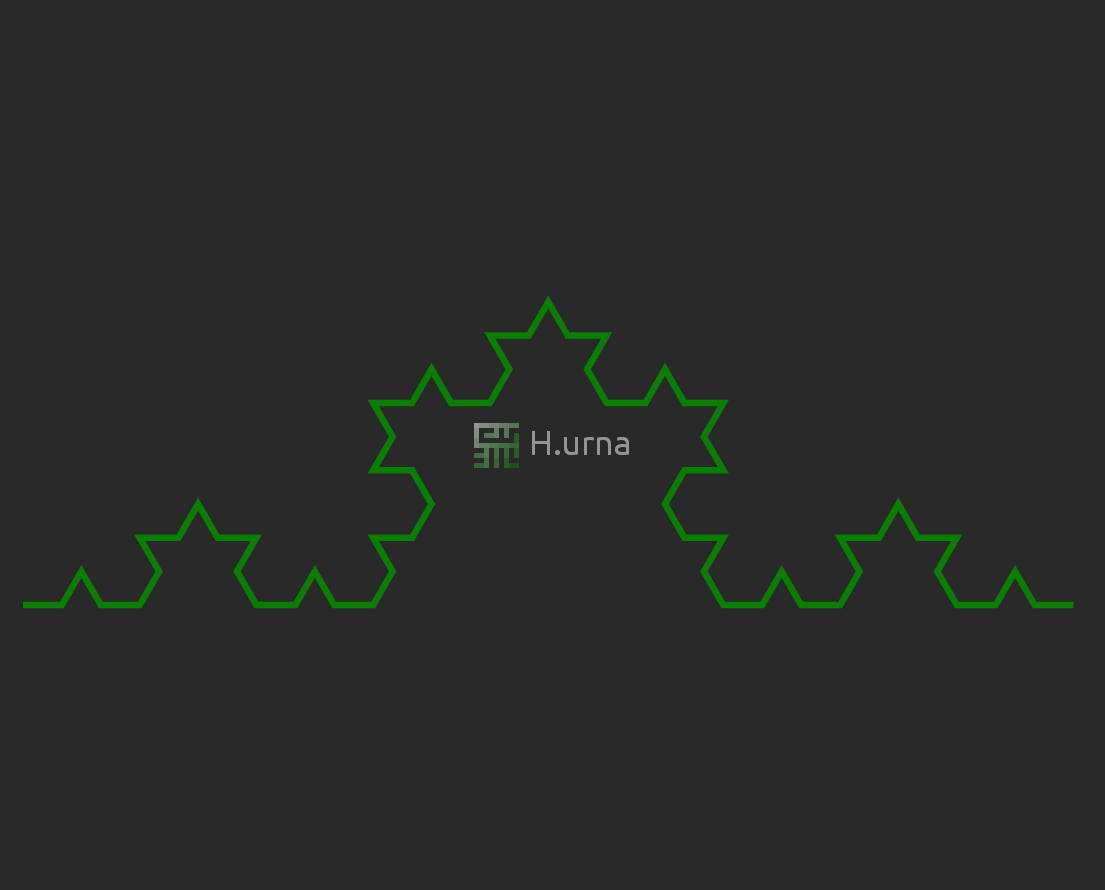 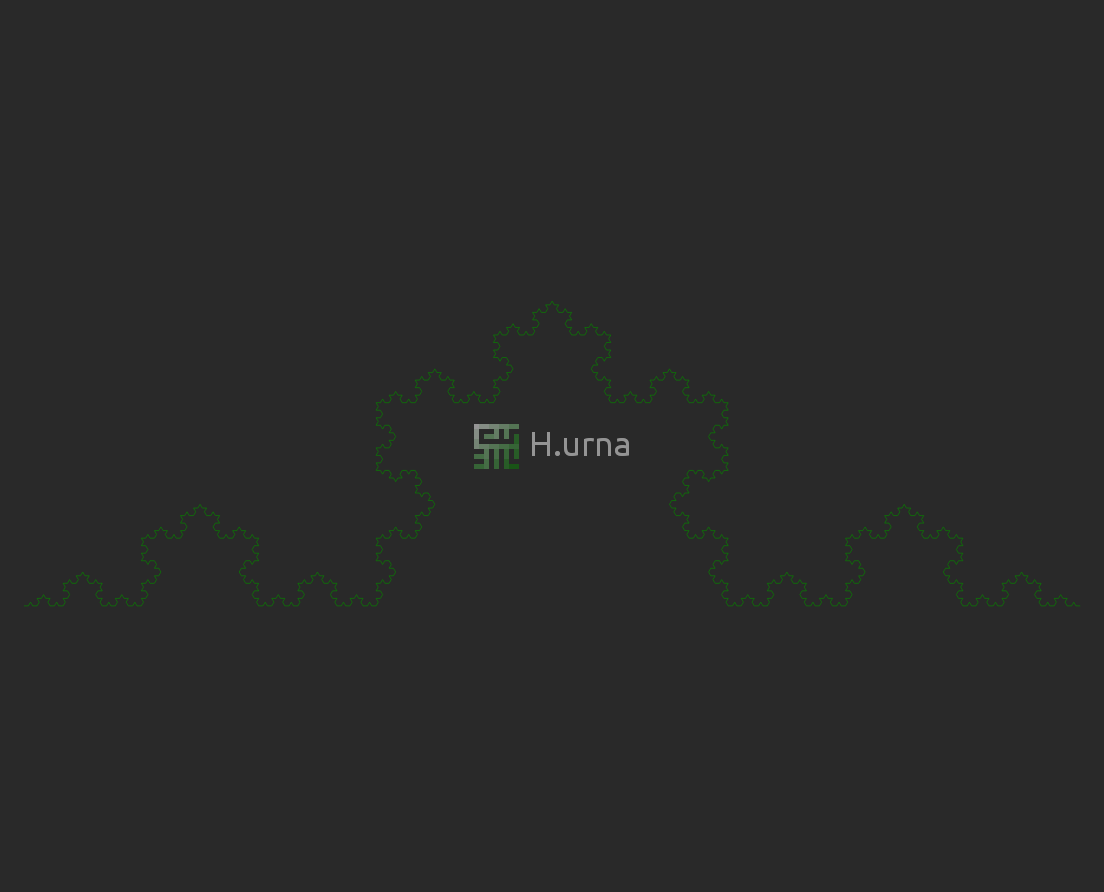 5. We get our 'Koch Triangle' fractal at a Depth 4, but we could continue indefinitely to refine the fractal.

We have seen here the simplest L-Systems to handle; however, more advanced systems exist and may be built. Here is the list of the different types that may be used: