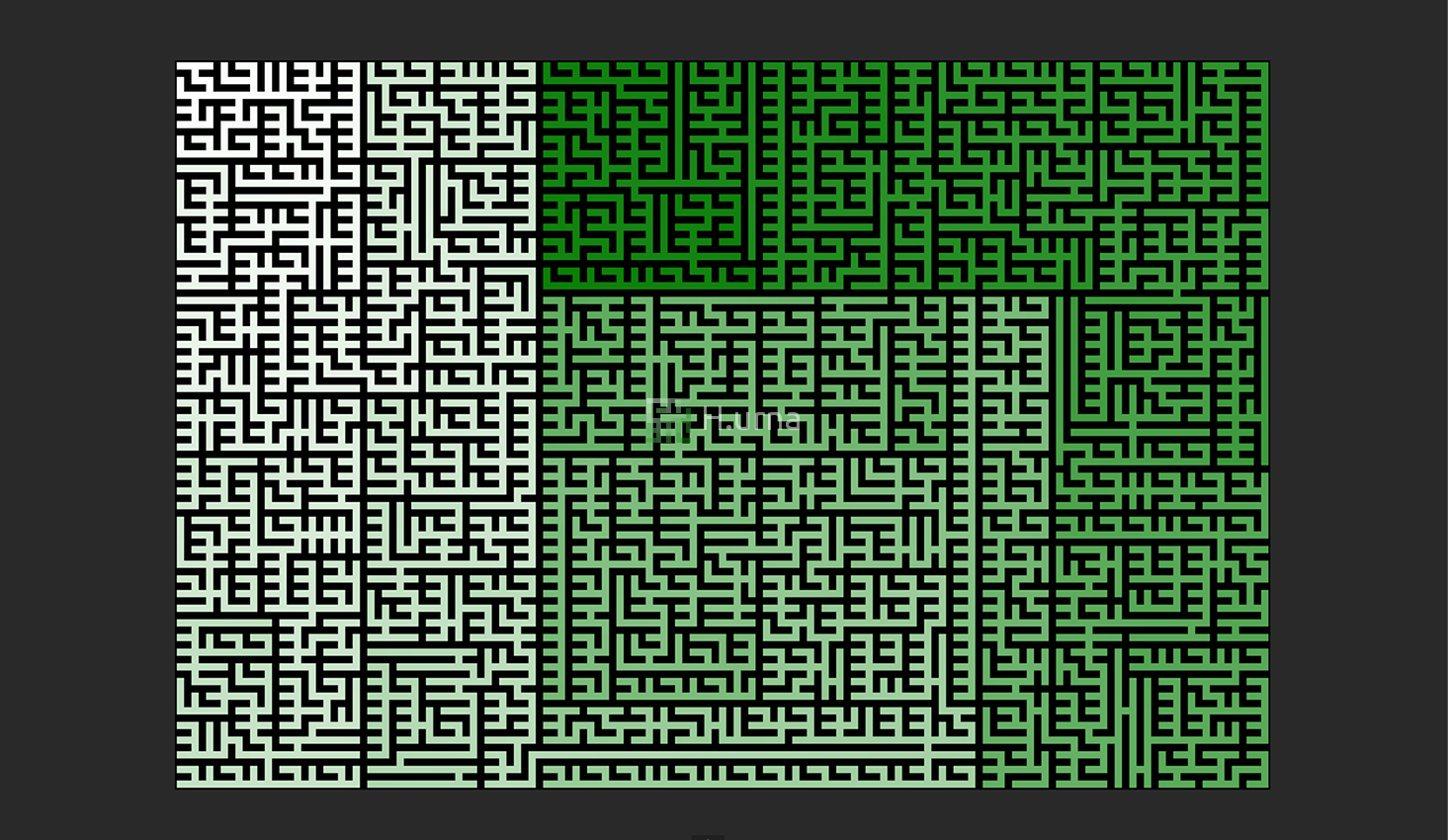 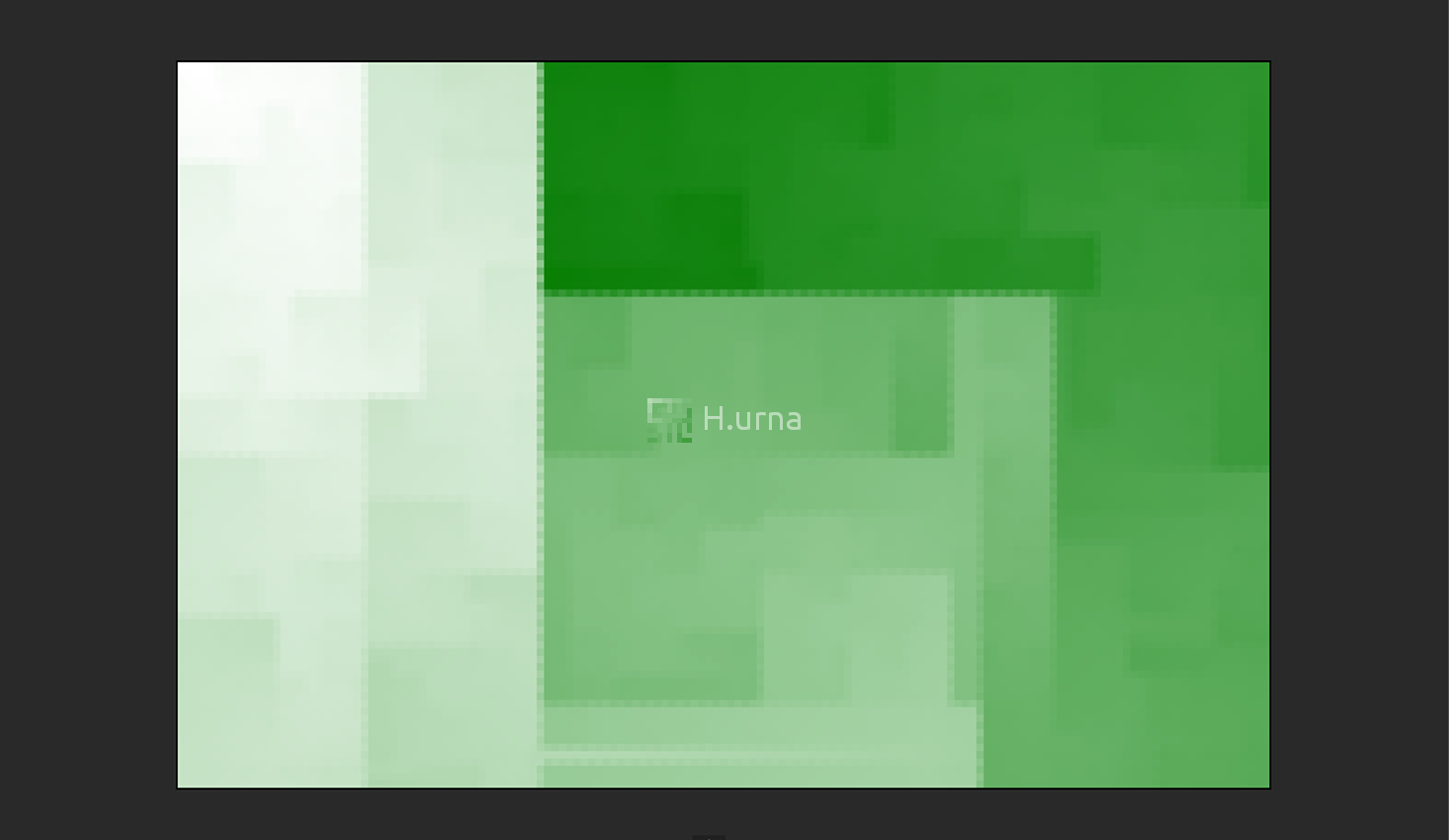 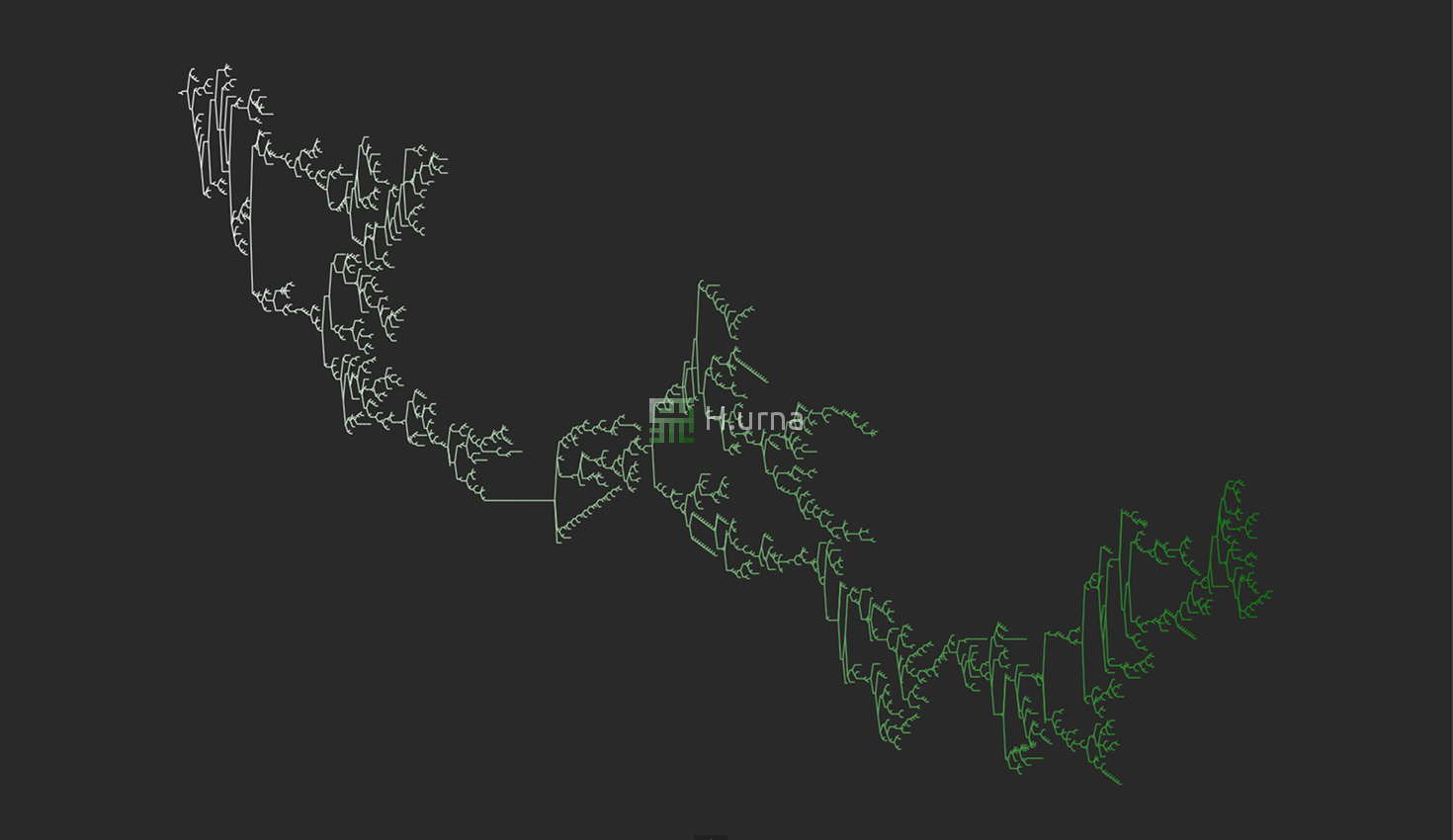 Recursive Division Maze Generator is the fastest algorithm without directional biases. While recursive division stands out concerning parallelism, this algorithm is particularly fascinating because of its fractal nature: you could theoretically continue the process indefinitely at finer and finer levels of detail (smaller and smaller scales).

This algorithm is somewhat similar to recursive backtracking, since they are both stack based, except this focuses on walls instead of passages. As a Wall Builders generator, the process begins with ample space (all cells are connected) and adds walls (disconnect cells) until the maze results.

The general idea of a recursive division is very straightforward: We start with an empty "room", split it in two part with a wall, make a hole in the wall and repeat this on the two newly created rooms.

At every step, you still have a valid maze. Each repetition of the algorithm increases the level of detail. This could lead to an infinite maze level diving animation.

Mazes generated by Recursive Division algorithm are in the form of the rectangular nested fractal. The method results in mazes with long straight walls crossing their space, making it easier to see which areas to avoid. It also tends to have a lot of short dead-ends. 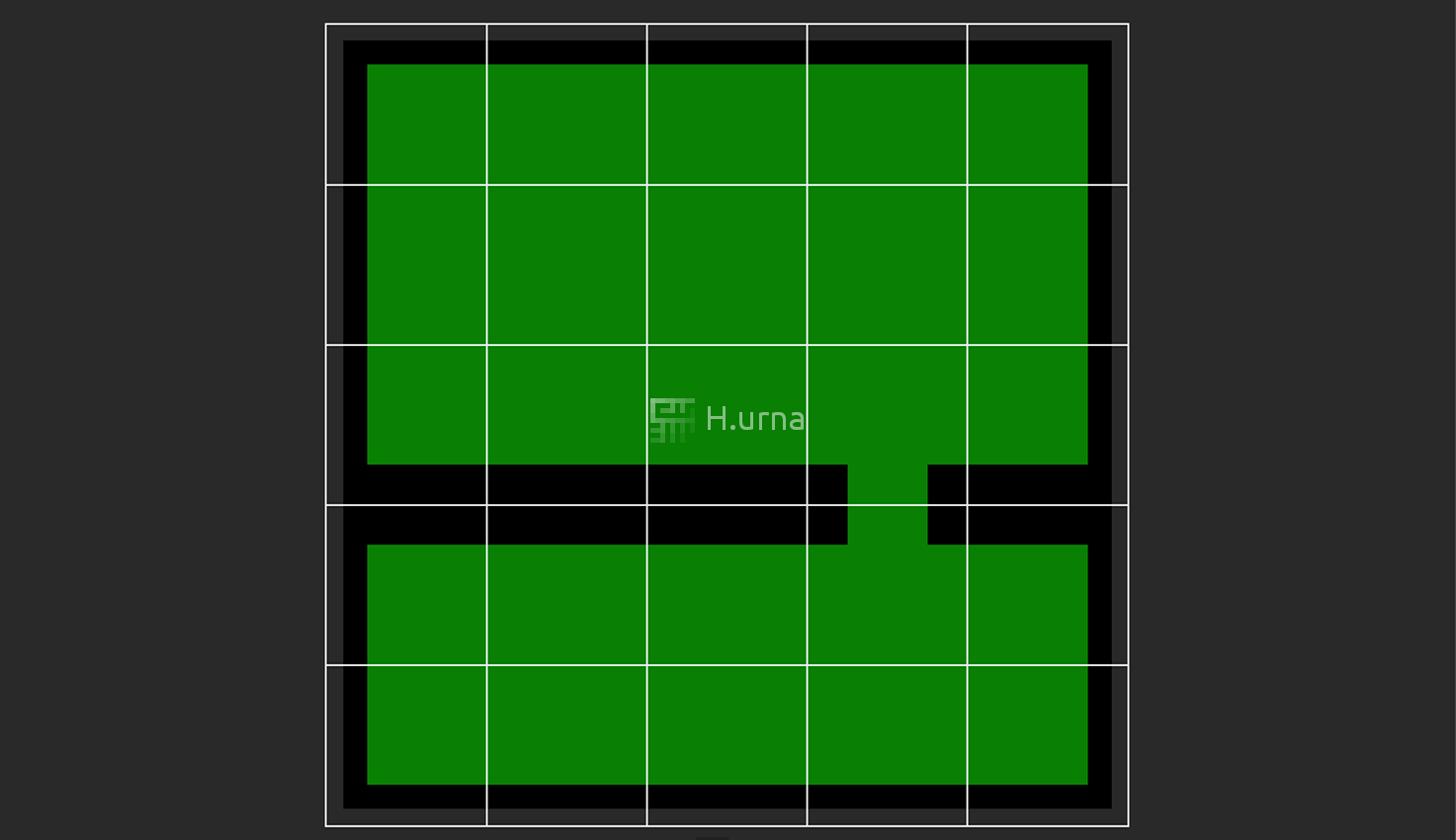 1. Randomly build a wall and a path within an empty space. 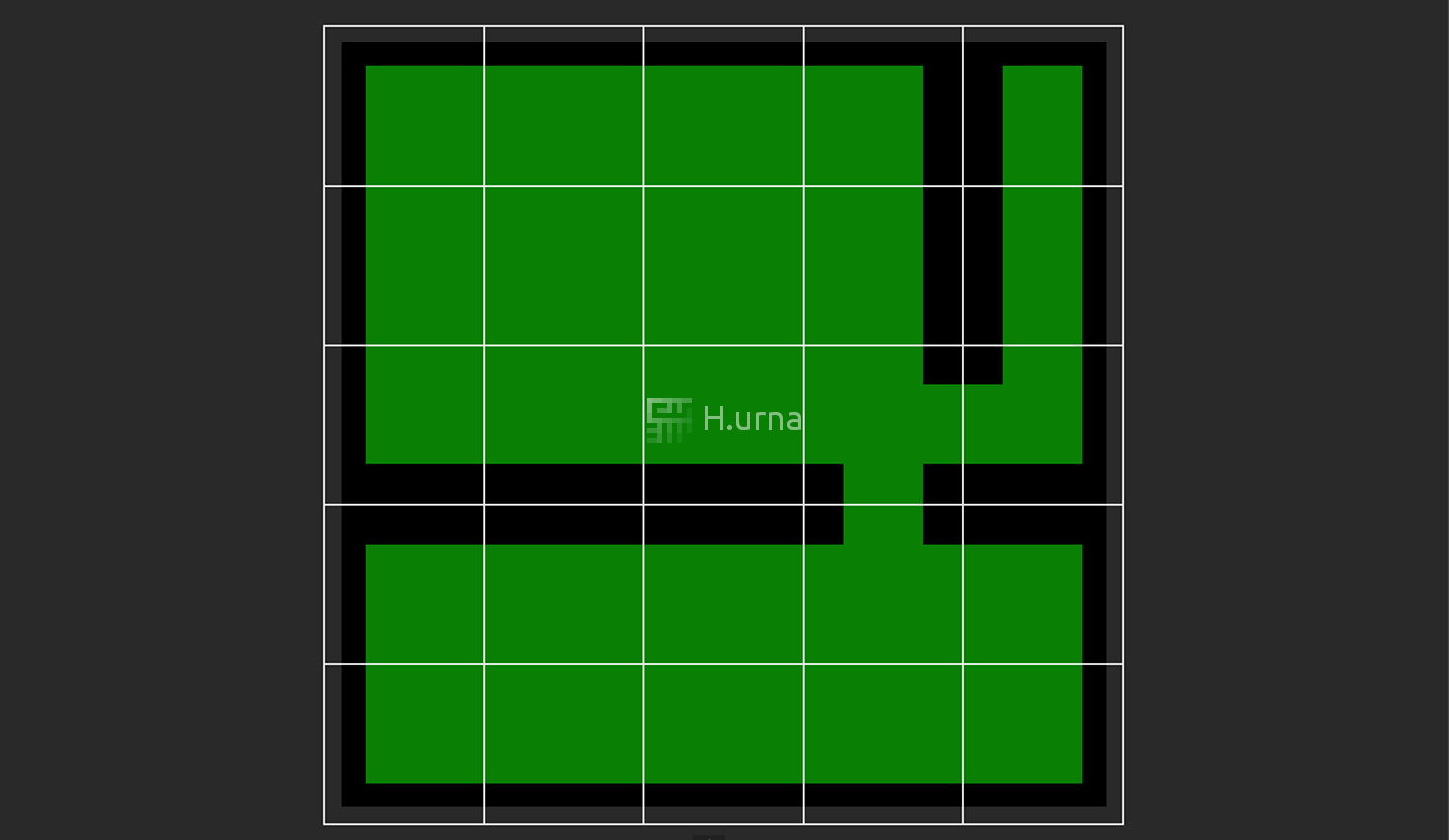 2. Recurse on upper side and repeat the operation. 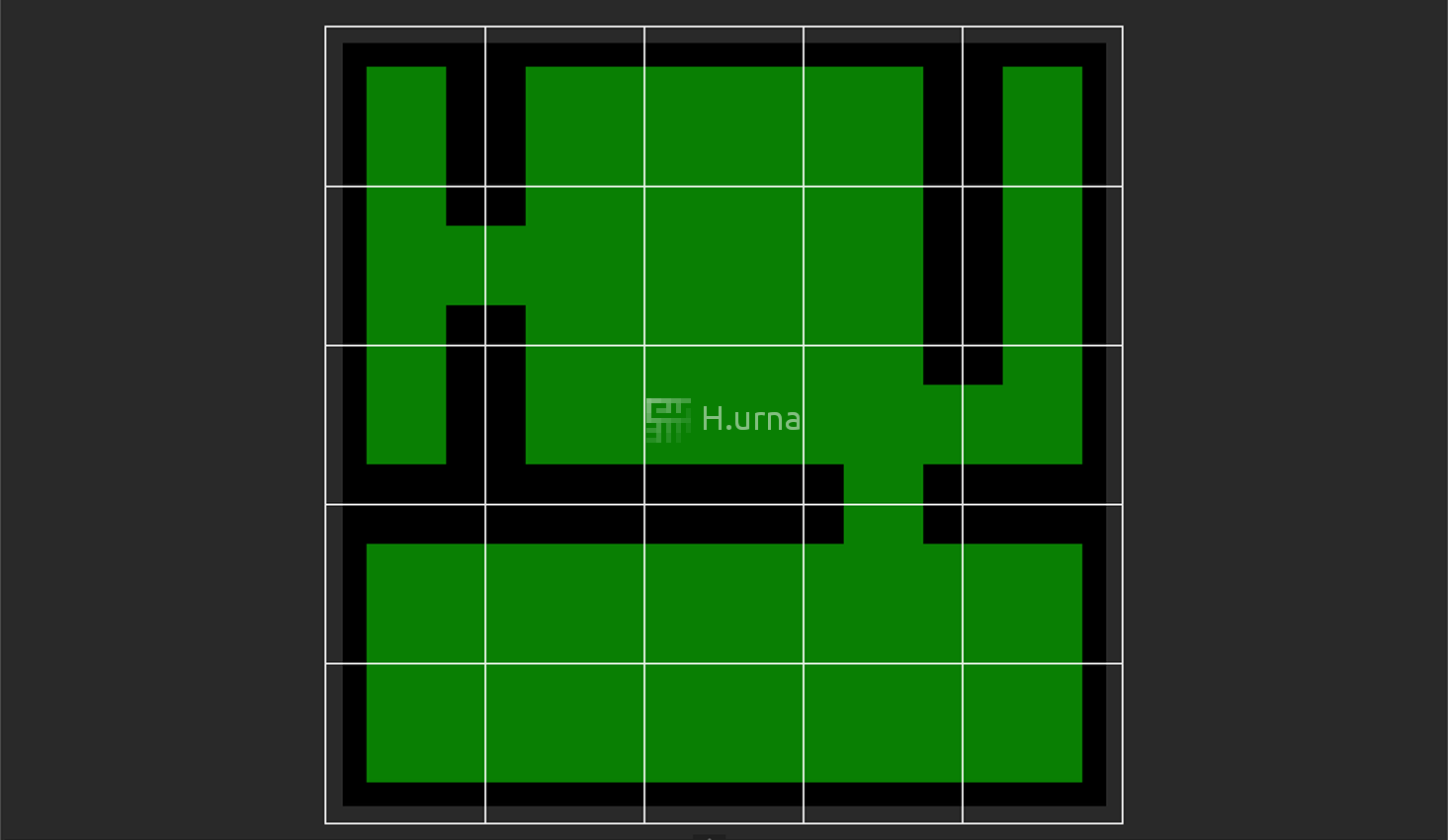 3. From the upper side, on more recursion to its left side. 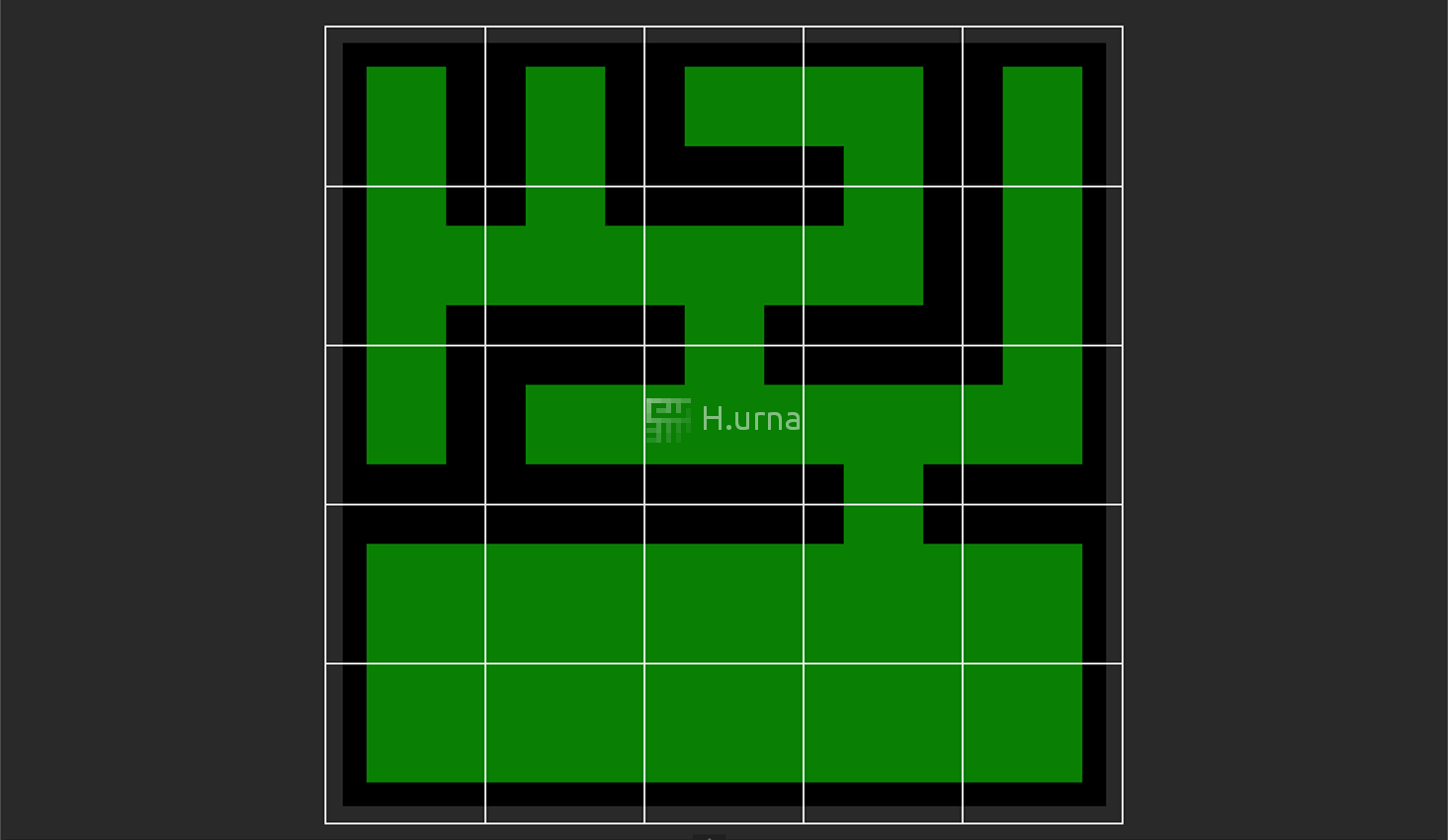 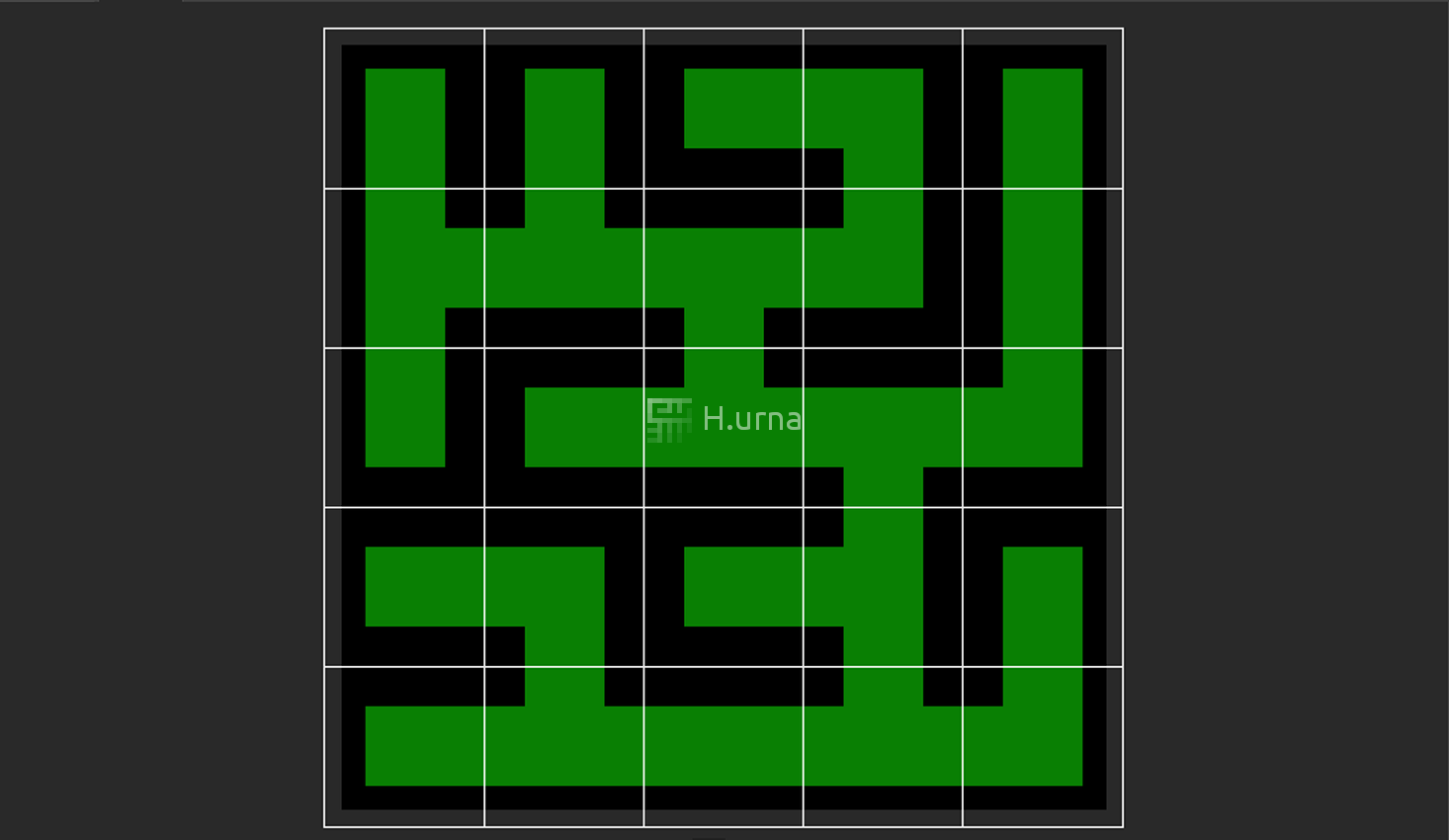