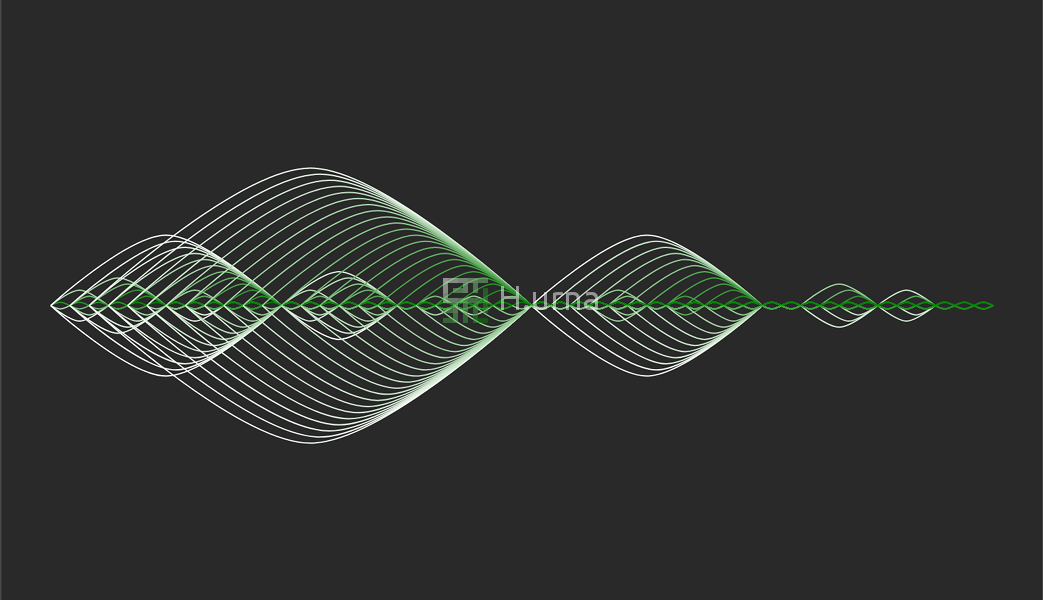 Traces by a Merge Sort on random sequence {50} 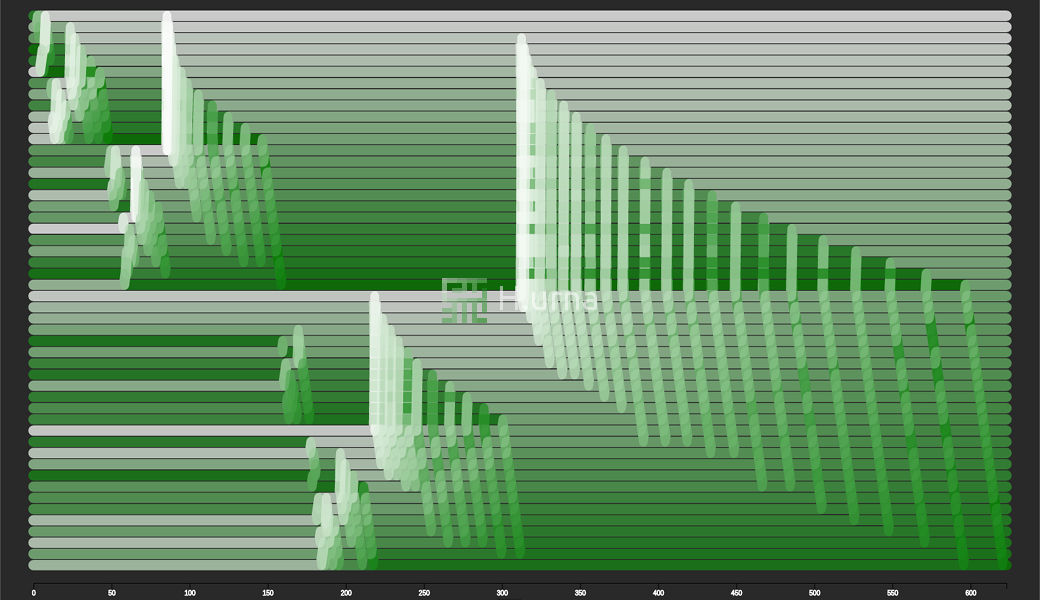 Swaps by a Merge Sort on random sequence {50} 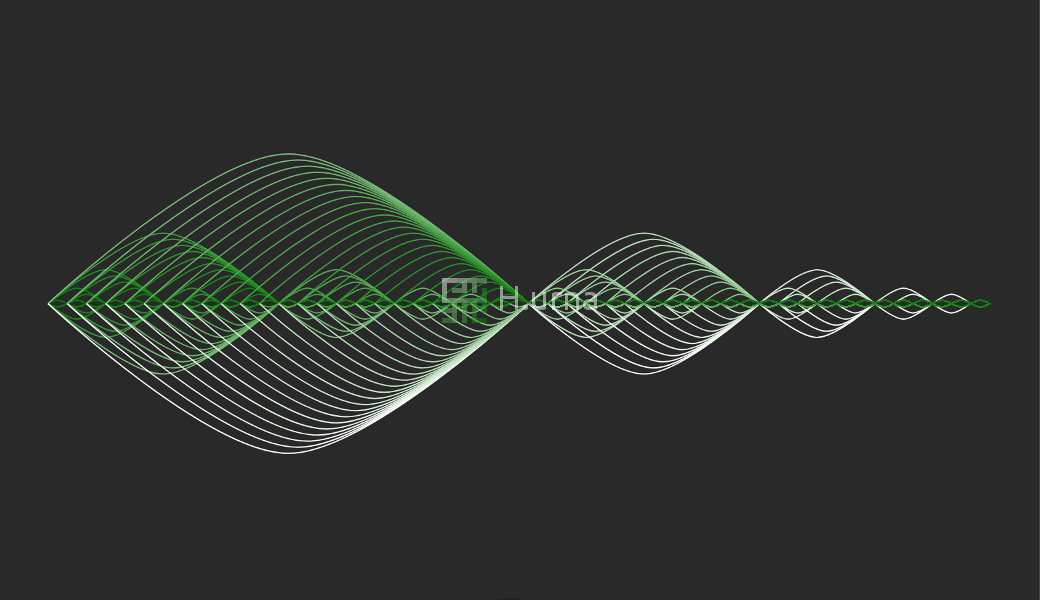 Traces by a Merge Sort on reversed sequence {50} 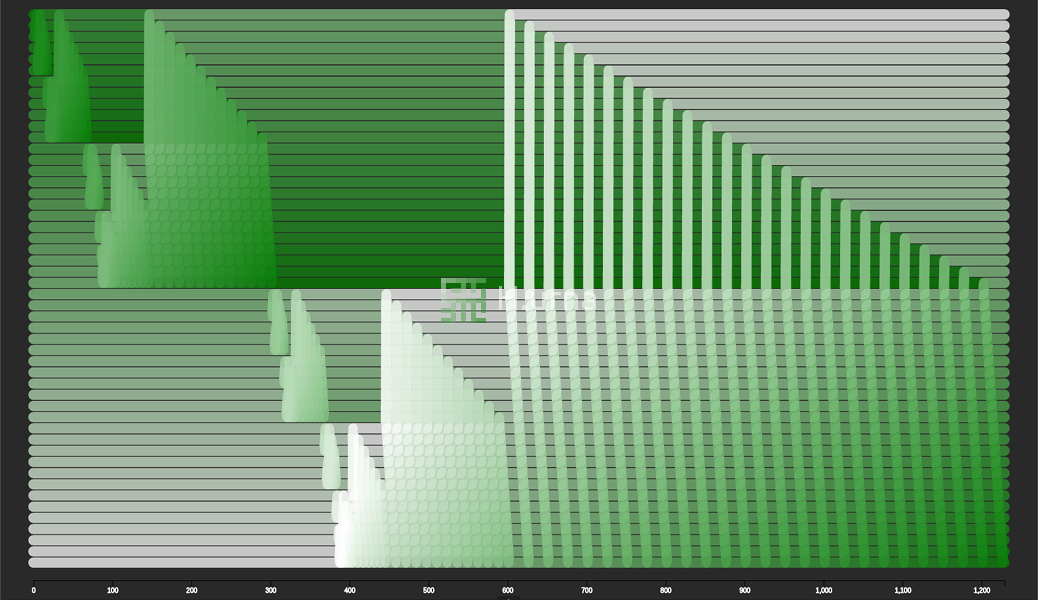 Swaps by a Merge Sort on reversed sequence {50}

Merge Sort here works in-place following a bottom-up strategy. Initially, it merges two sub-sequences of size one, since these are trivially sorted. Each adjacent sub-sequence (just a pair of elements initially) is merged/aggregated, into a sorted sequence containing both. It then recurses up until the entire sequence got merged. 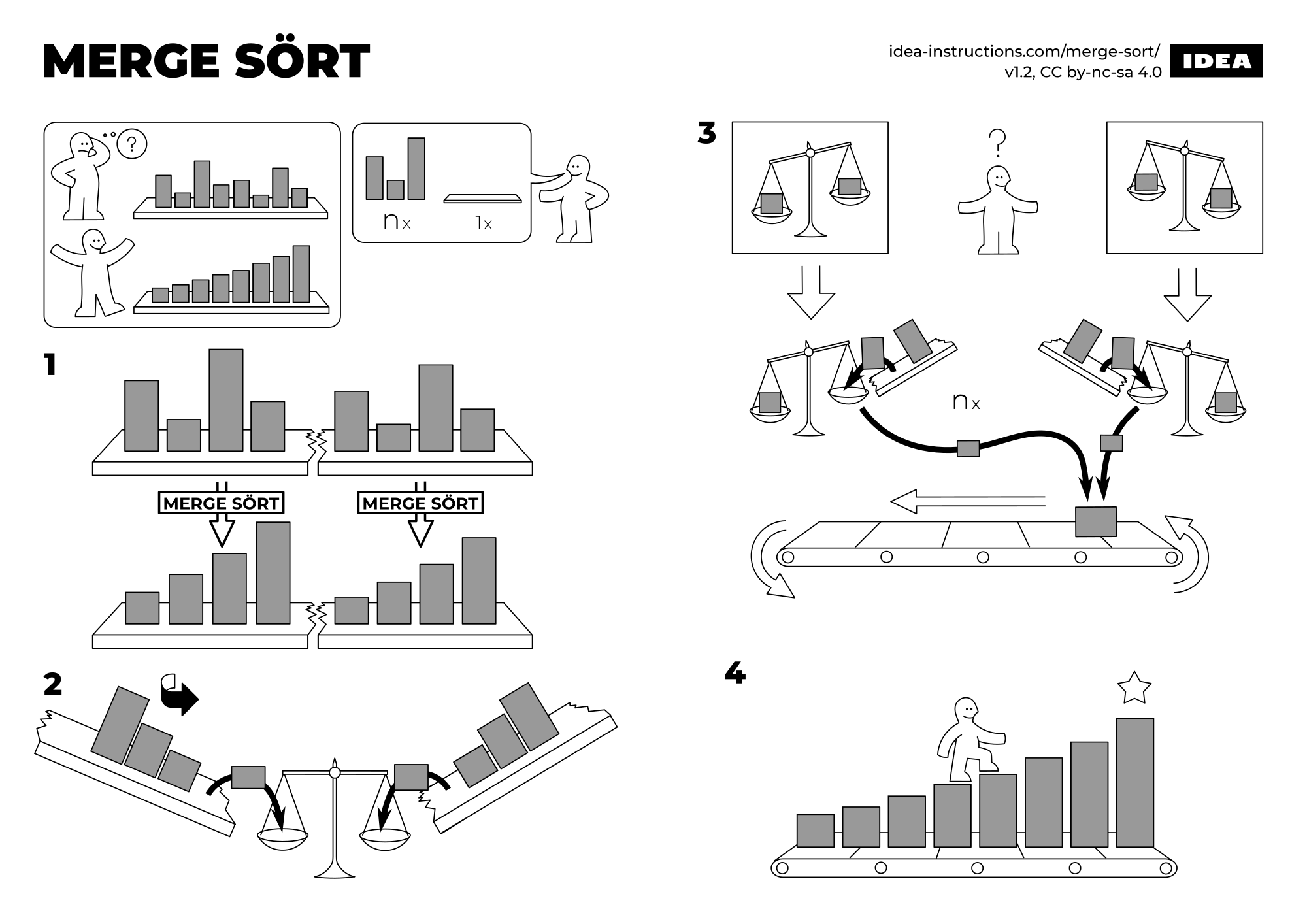 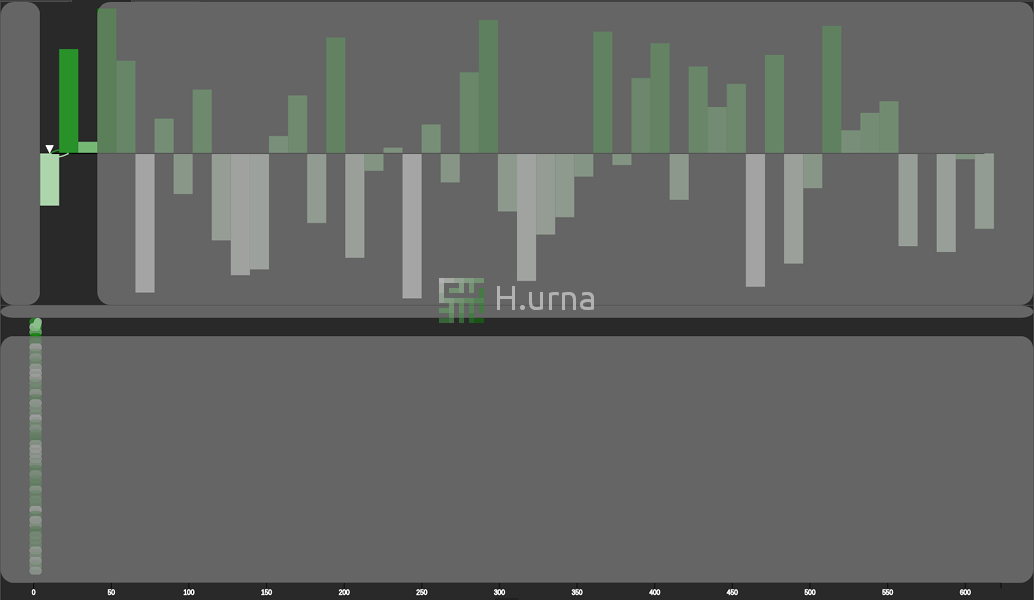 Arriving at the bottom of the left recursion, the smallest sub-sequences of the left-most recursion start being merged. 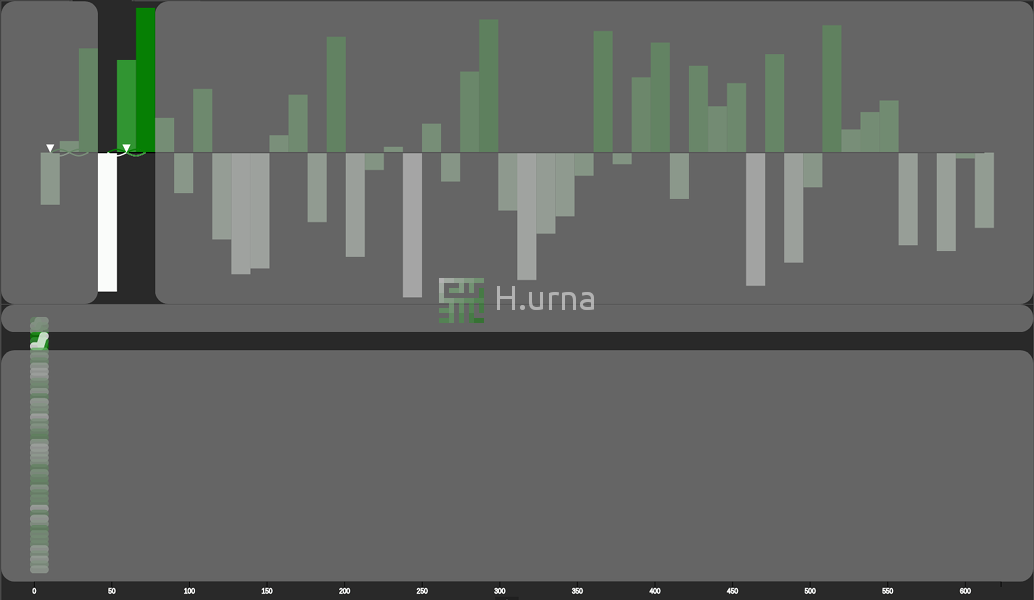 Still at the bottom of the left recursion, it's now the turn of the right sequence. 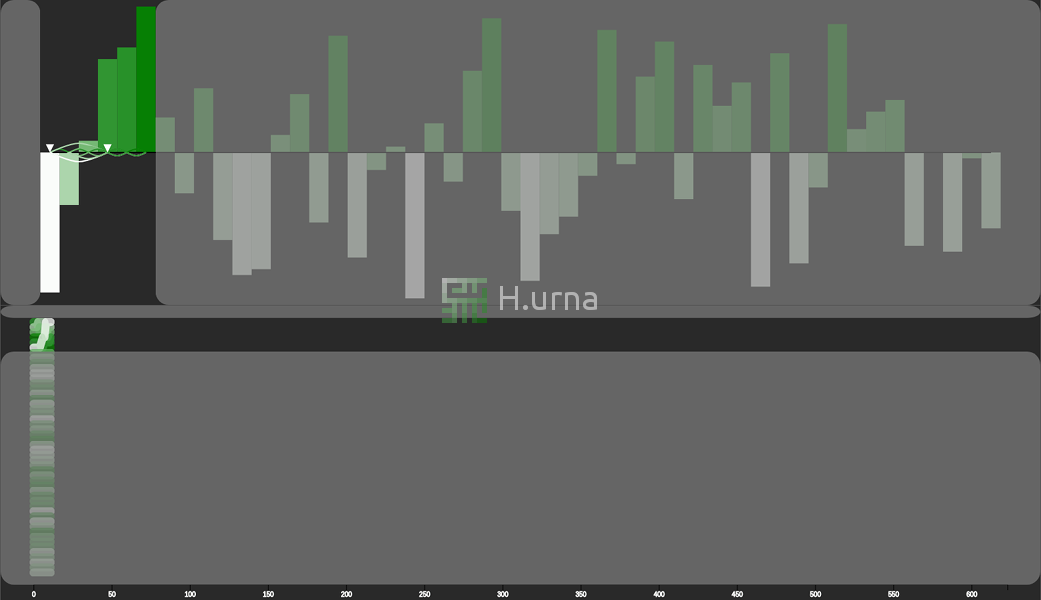 Recursion goes up, both subquence are merged. 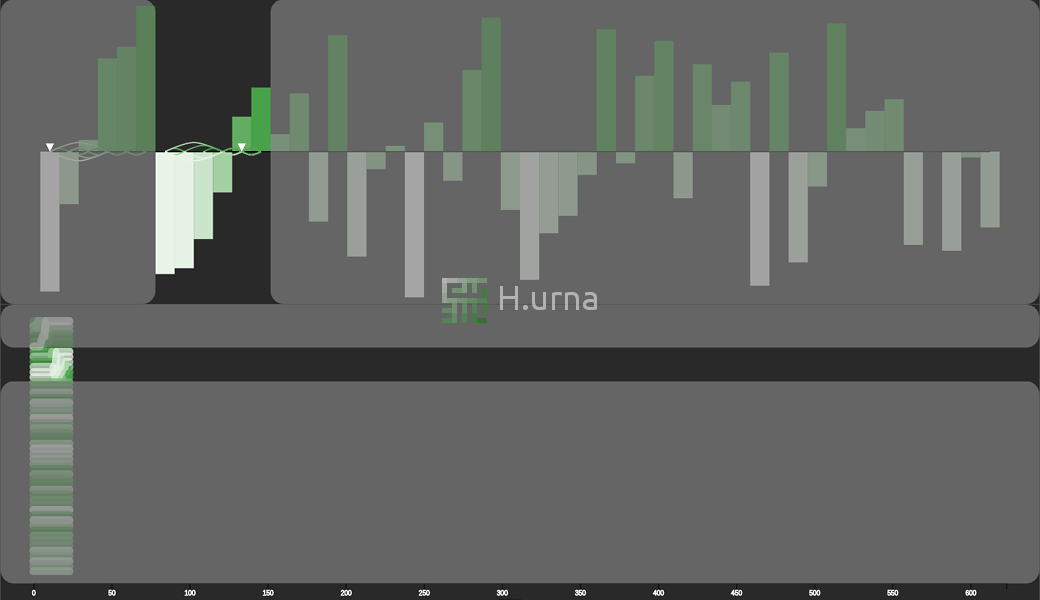 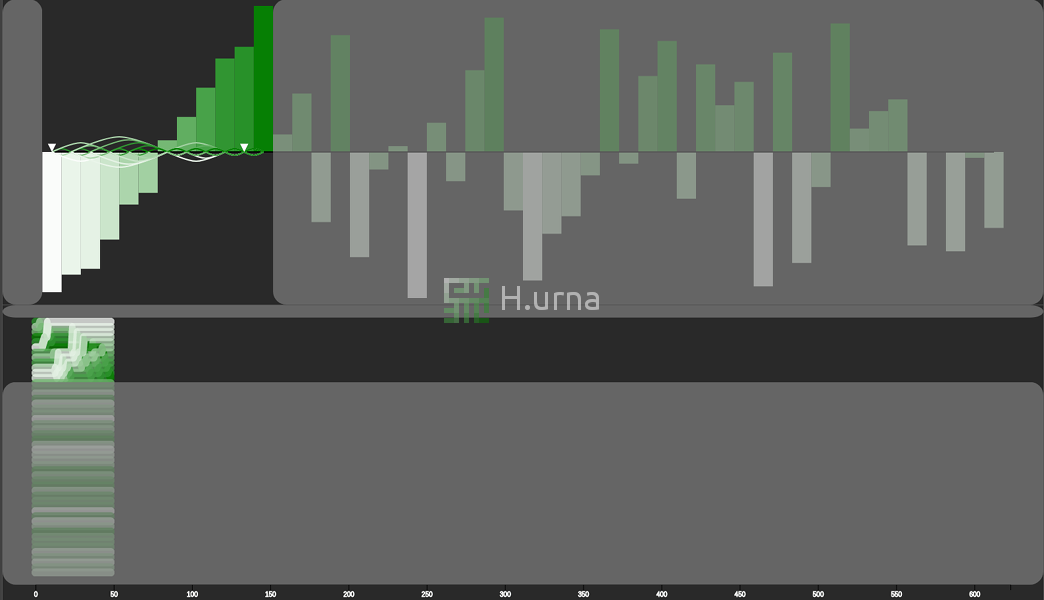 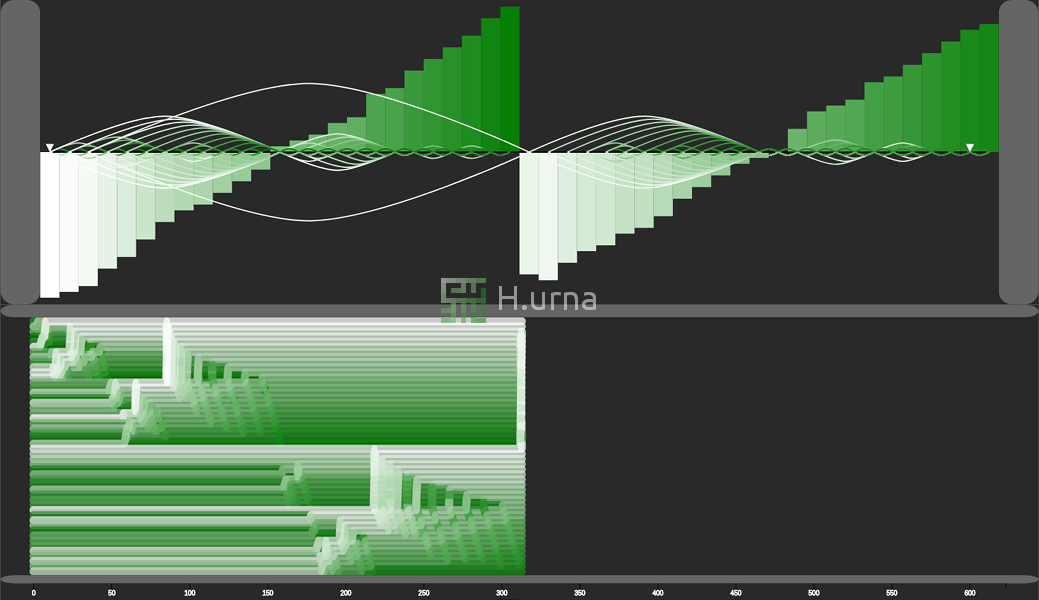 Further, can be seen that the two half of the sequence are sorted into their bound. Now will start the last merging. 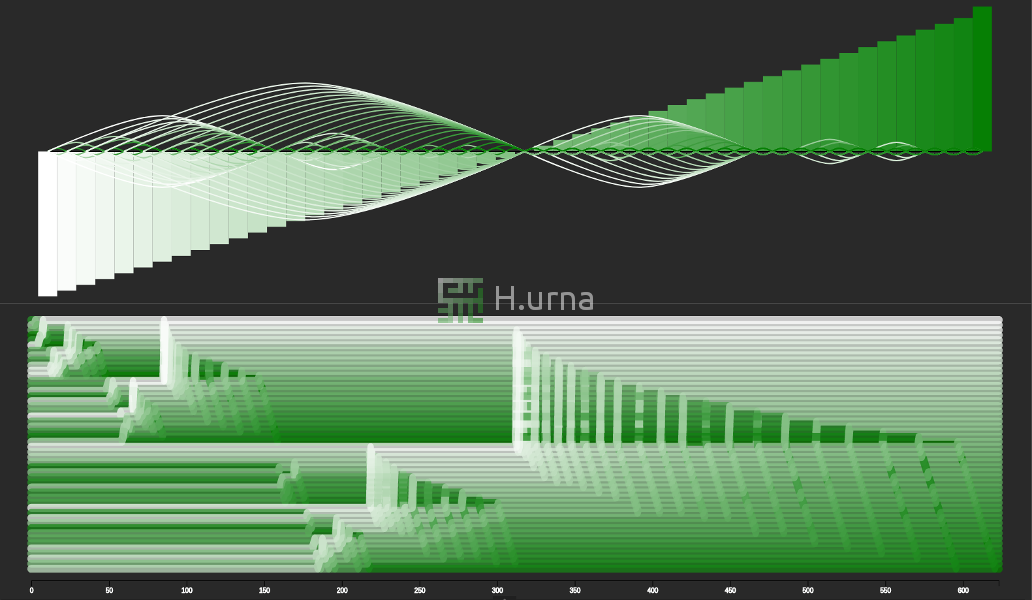 The in-place version of an Aggregate/Merge has a time complexity of:

As a reminder: - In-place aggregation requires O(1) space. - Recursions are made one after on other. This is called tail recursion, meaning the right operates after the left has finished recursion. It implies that the right computation does not add to the left computation call stack.

In this case, the notion of "in-place" can be relaxed to mean "taking logarithmic stack space", which is the amount of space required by the call stack usage.

Due to it being a bottom-up divide and conquer algorithm the work can be easily split up and worked on using different threads, a beneficial trait for high performance systems with large amounts of data.

The parallelism process is as simple as forking both merge sort recursion and joining both at the merge/aggregate process: