The second way of combining work between branches is rebasing. Rebasing essentially takes a set of commits, "copies" them, and plops them down somewhere else.

While this sounds confusing, the advantage of rebasing is that it can be used to make a nice linear sequence of commits. The commit log / history of the repository will be a lot cleaner if only rebasing is allowed. 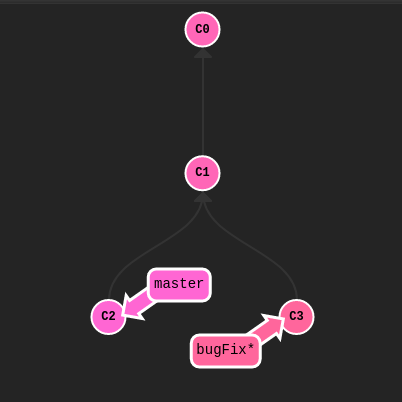 We would like to move our work from bugFix directly onto the work from master. That way it would look like these two features were developed sequentially, when in reality they were developed in parallel.

Let's do that with the git rebase command. 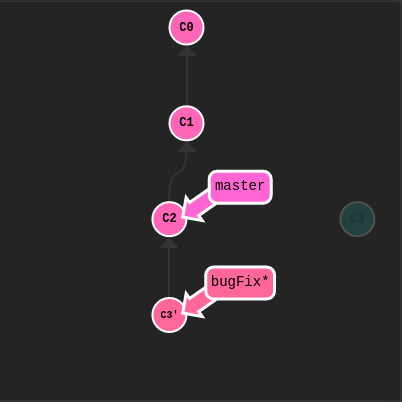 Awesome! Now the work from our bugFix branch is right on top of master and we have a nice linear sequence of commits.

Note that the commit C3 still exists somewhere (it has a faded appearance in the tree), and C3' is the "copy" that we rebased onto master.