Because tags serve as such great "anchors" in the codebase, git has a command to describe where you are relative to the closest "anchor" (aka tag). And that command is called git describe!

Git describe can help you get your bearings after you have moved many commits backwards or forwards in history; this can happen after you've completed a git bisect (a debugging search) or when sitting down at a coworkers computer who just got back from vacation.

Git describe takes the form of:

Where "ref" is anything git can resolve into a commit. If you don't specify a ref, git just uses where you're checked out right now (HEAD).

Where "tag" is the closest ancestor tag in history, "numCommits" is how many commits away that tag is, and "hash" is the hash of the commit being described.

Let's look at a quick example. For this tree below:

Before the git tag - describe 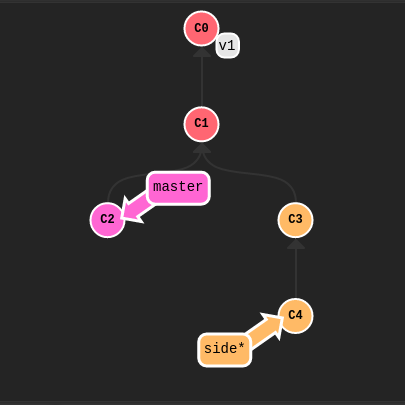 After the git tag - describe 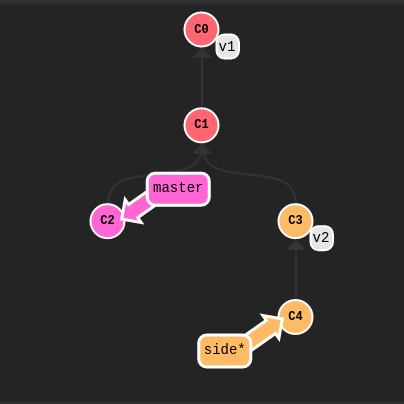 Whereas git describe side would output:
v2_1_gC4

That's pretty much all there is to git describe! Try describing a few of the locations in this level to get a feel for the command.

Once you're ready, just go ahead and commit once to finish the level. We're giving you a freebie :P